Honesty of a young boy changes the robbers

Honesty of a young boy changes the robbers.

Hazrat Abdul Qadir Jilani (RA) was a very pious man. He was a great Muslim scholar of his time. Since his childhood he had a great love for knowledge. When he was a small child, he set out for Baghdad for education. During this journey a memorable incident happened which had a lasting effect. This incident changed the life of so many people of his time.

At the age of eighteen he asked permission from his mother to travel to Baghdad to pursue his education. Baghdad then was the hub of political, commercial and cultural activity, and the center of world learning.

On hearing this his mother was more than happy to send her son off to follow the path of higher scholarship. It was for such a purpose she had saved forty gold coins for Abdul Qadir. As she prepared supplies for his journey she sewed the coins into the lining of his coat for safekeeping.

Before Abdul Qadir joined the caravan to travel to Baghdad, her parting advice to her son was, “Whenever you speak, speak the truth. Remember that the Prophet Muhammad (pbuh) said, ‘Truthfulness leads to righteousness and righteousness leads to Paradise…’ and the Quran tells us “O you who believe! Be careful of your duty to God, and be with the truthful.” (Quran 9:119)

The robber reported the whole incident to his chief and other mates. They were much impressed by the truthfulness of Abdul Qadir Jilani (RA). They returned all the valuables they had looted from the caravan. This incident changed their life. They decided to reform themselves and gradually gave up all their bad habits.

This is how a simple moral value of truthfulness thought by a mother to a young boy affected a band of robbers to change their lives.

Abdul Qadir Jilani went on to become a great scholar and teacher of Islamic jurisprudence.

All religions place a high value on truthfulness. It is the foundation for a fair and just society. Truthfulness and trustworthiness exemplify spiritual qualities without which individual or social progress is not possible. 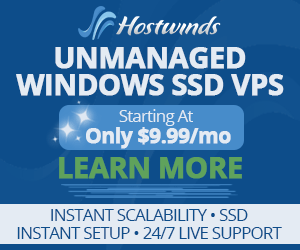